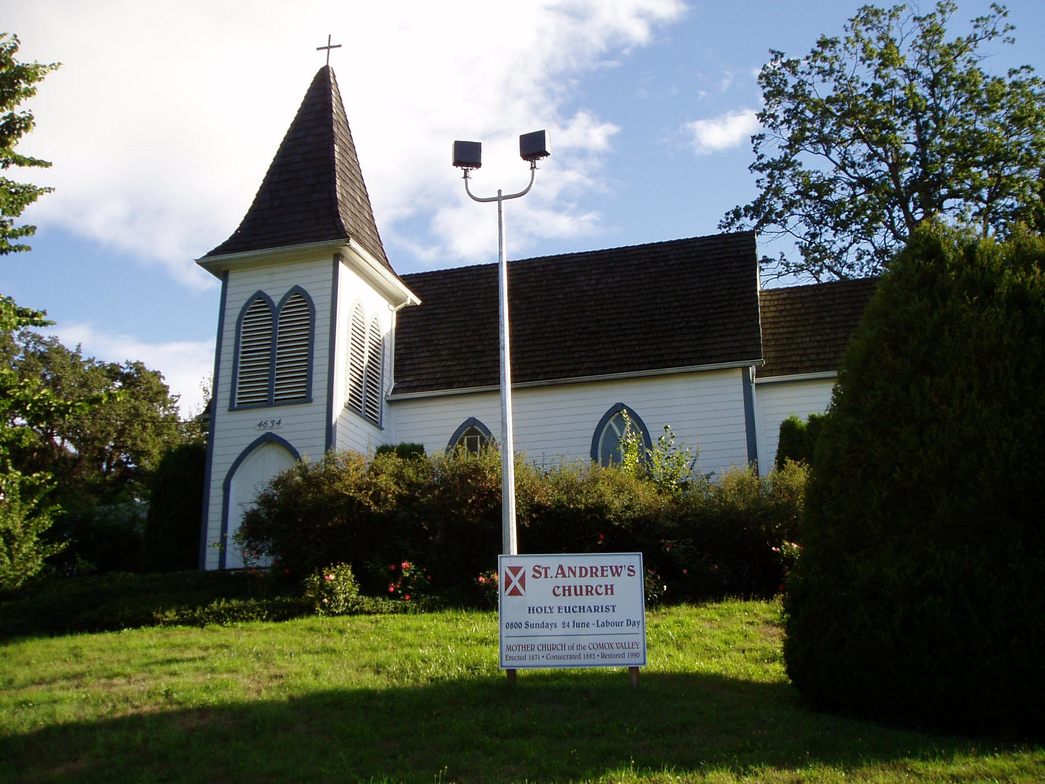 Established in 1873, after the original mission was destroyed by fire, and consecrated August 2, 1885, St. Andrews is the oldest Anglican church north of Nanaimo.

St. Andrew's, the Mother Church of the Comox Valley, began in 1863 as an Indian Mission Chapel. Rev. Jules Xavier Willemar and his Anglican congregation decided that the log cabin church they shared with the Presbyterians was too small to accommodate the growing settlement. A new Anglican church, named St. Andrew's, was built in 1873 at the bottom of Mission Hill, while the Presbyterians built their church, also named St. Andrew's, at the top of the hill. Both churches can still be found on their original site, although St. Andrew's Anglican has been moved back twice to accommodate the expansion of the North Island Hwy. St. Andrew's Presbyterian is now Living Word Reformed Episcopal Church and is located in front of the Civic Cemetery.

St. Andrew's Anglican is still an active church and is part of the Parish of St. John the Divine, Courtenay. It was restored in 2004 onto a new foundation, along with a professional restoration of its organ and two notable stain glass windows.

Visitors and Anglican parishioners from around the valley enjoy summer Sunday services at St. Andrews at 8 am from mid June until mid September. 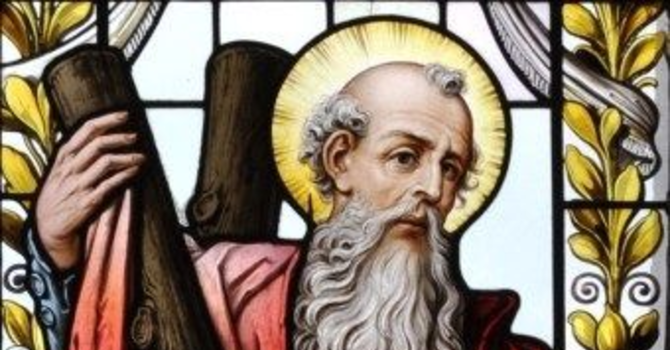 Feast of St. Andrew the Apostle

Dear Friends, November 30 is the blessed feast day of St. Andrew the Apostle. Below is a bit of info about Andrew's...
Ginny Alliston